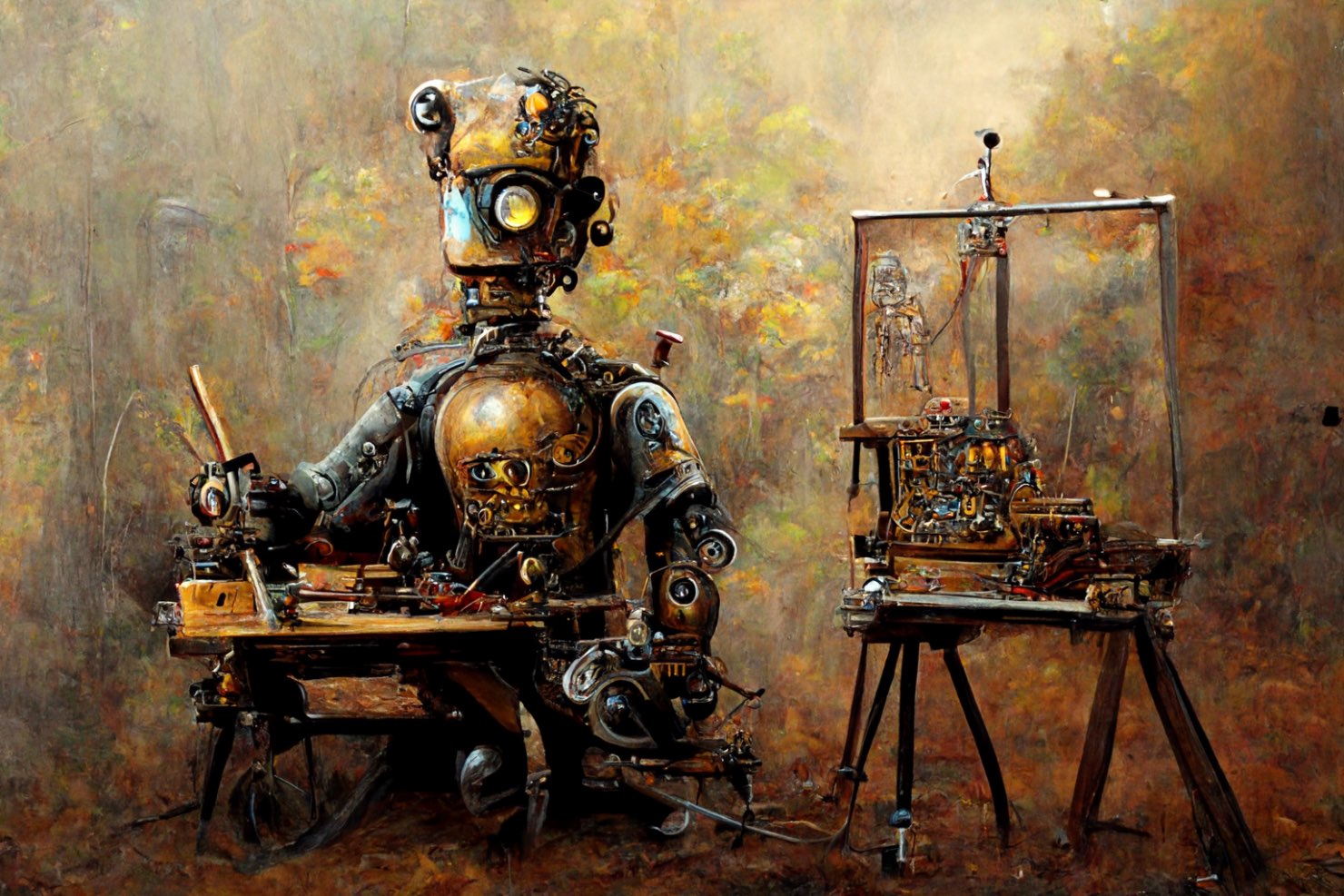 No doubt you seen AI-produced images popping up all over social media.

One such AI is DALL-E, credited with creating the world’s first AI magazine cover. The one I’ve heard the most about is Midjourney, and the beta is now open to all!

Over the past couple of days, I’ve had a ton of fun messing around with different prompts. You can tell it to create literally anything, with as much or little detail as you want.

If you want to see Denise Richards eating an alarm clock on Mars, just ask!

After a minute or two, you’ll be presented with four options. From there you can request variations on any of those options, or upscale them to a higher resolution.

You don’t even have to download an app. It happens entirely on Discord.

I’m barely scratching the surface here! I’ve got a lot to learn about what sort of prompts perform best.

In the meantime, here are a few images that our robot overlords whipped up for me, along with the prompts that spawned them:

It seems we aren’t famous enough to be faithfully represented. The fact that I’m reluctant to post photos of myself doesn’t help. After all, I’m no Denise Richards.

The rest are bigger because I “max upsized” them.

I thought I’d tie into the 80s with a “Gremlins” reference, but the result is slightly unnerving.

Minute Taker and I are in the market for cover art for our upcoming collab “Just an Echo,” hence the mirror reflections.

That didn’t stop me from pulling this image into a 3000×3000 Canva document and adding text.

I doubt we’ll use it, but I kinda sorta love it. I would never have conceived of it, and yet it matches the song emotionally. To me at least!

After that, I ran out of free credits and had to pony up $10 for a monthly subscription so that I could create the featured image for this post.

I almost went with this:

The “–ar 3:2” at the end of the prompt specifies the aspect ratio. It doesn’t have to be square.

As cool as the clockwork synthesizer is, I decided to hit the nail on the head with “robot painter painting on a canvas resting on an easel hyper-realistic steampunk –ar 3:2” which you’ll find at the top of this post.

I’m tempted to go the AI route, for my singles at least. My fear is that we’ll all become experts at spotting AI-generated images in the next few months.

One thing’s for sure: I wouldn’t want to be a graphic designer right around now.

Since LANDR came out, the number of mastering jobs I get in a year has declined precipitously. AI mastering is, in my biased opinion, nowhere near as good as AI graphic design, yet it appears to be catching on.

The sweet spot at the moment, especially if realistic human faces are desired, is a combination of AI tempered by a human professional.

Want to try Midjourney for yourself? Join the beta here.

Would you use AI-generated cover art? Why or why not? Let’s get to the bottom of it in the comments!