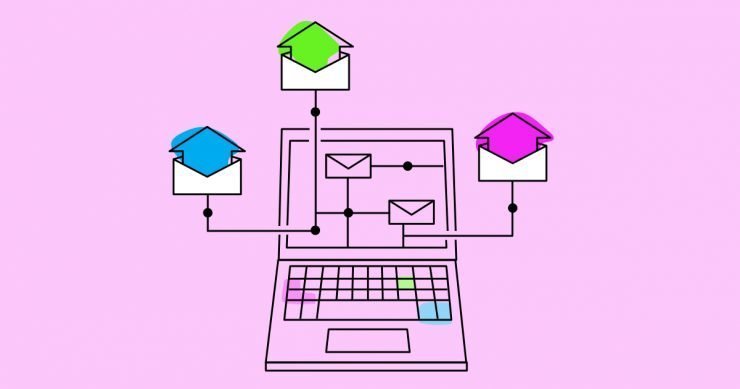 Email is my #1 promotion tool. Always has been. I’d been using FanBridge since 2012, but it didn’t integrate with the WooCommerce shop I added to my site earlier this year. Mailchimp did. Moving all of my FanBridge subscribers to Mailchimp would’ve cost me $99/month, so I chose to maintain two accounts: FanBridge for “fans” […]

In my last installment, I detailed the mechanics of my free + s/h funnel. If “free + s/h funnel” is gibberish to you, you can get yourself up to speed here. When I started, I had eight titles available on CD. Now I’m down to five, with less than 20 copies of the two I’d […]

Why would anyone buy a CD in 2020? Let me count the ways: Getting stuff in the mail is fun Superior sound quality The artwork, lyrics, and liner notes It has value as a collectible, especially when autographed To support the artist! I first heard about the “free + s/h funnel” through Chris Robley, who […]

It’s been over two years since I wrote How To Promote Your Music with Facebook Ads, and it’s still one of the most popular articles on the site. I’ve learned a lot since then, and I’m still learning! The truth is, the platform is constantly evolving, along with the Ads Manager interface. It’s hard to […] 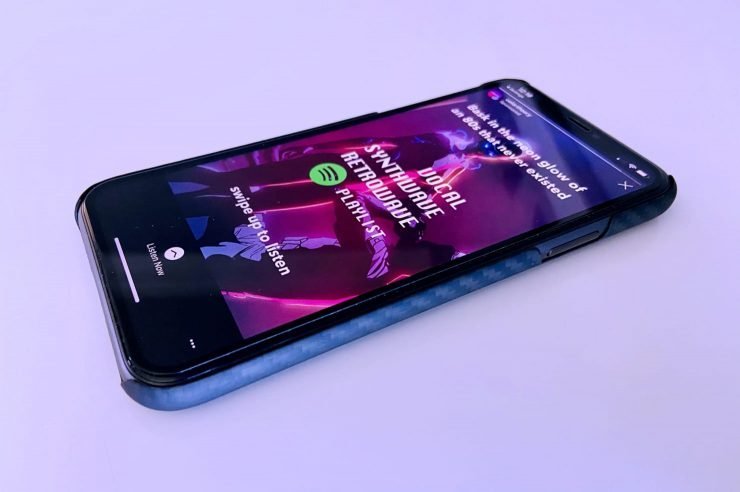 If you were wondering how I found your work, it was through Spotify. I was looking for vocal synthwave playlists. Yours had the most followers and I really enjoyed the first song. My Spotify playlist is getting a lot of action lately. Not because the search algorithm starting picking up on it, or because it […] 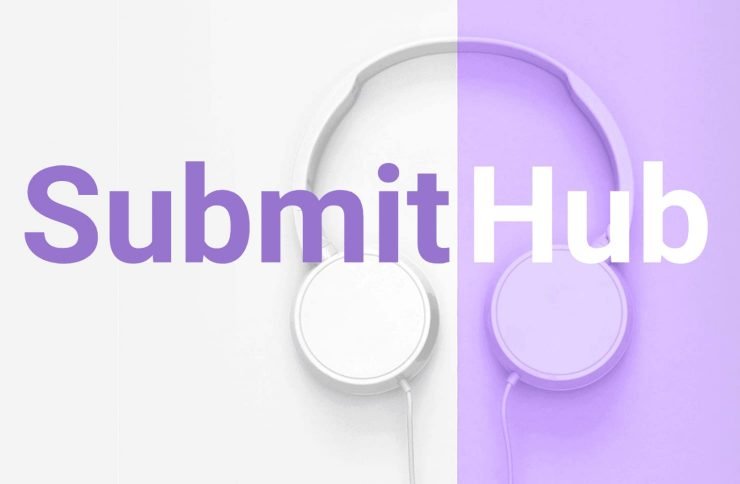 In March of 2016, I published what quickly became my most popular post: These 59 Music Blogs Will Listen to Your Song, Guaranteed. Four years later it’s up to 1100+, and also includes radio stations, YouTube and Twitch channels, Spotify playlisters, and Instagram influencers. Jason Grishkoff, the founder of SubmitHub, walked me through the submission […] 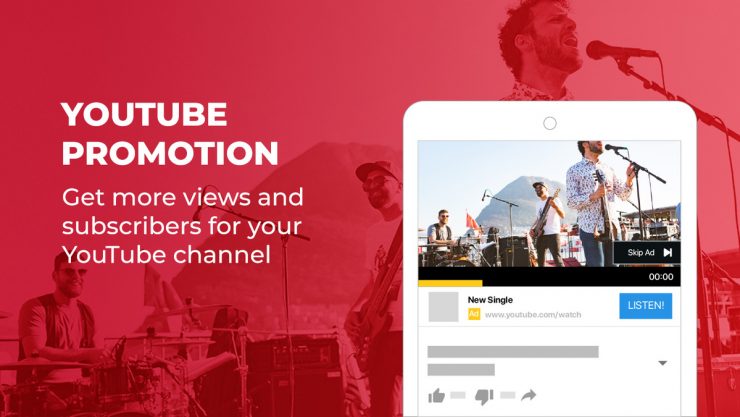 Your new music video cost $2000 to make. One week after its YouTube premiere, it has 134 views. What to do? You could share the link on your socials for the seventh time, at the risk of annoying your friends and family. But even if they click through, the lack of social proof is unconvincing. […]

Over the past few months, I’ve received a handful of emails asking me the same impossible question: “I love the blog, I’ve read all your articles, you’ve given me so many things to try… but if you had to pick just one, what’s the best way to promote music?” I bet you know the answer. […] 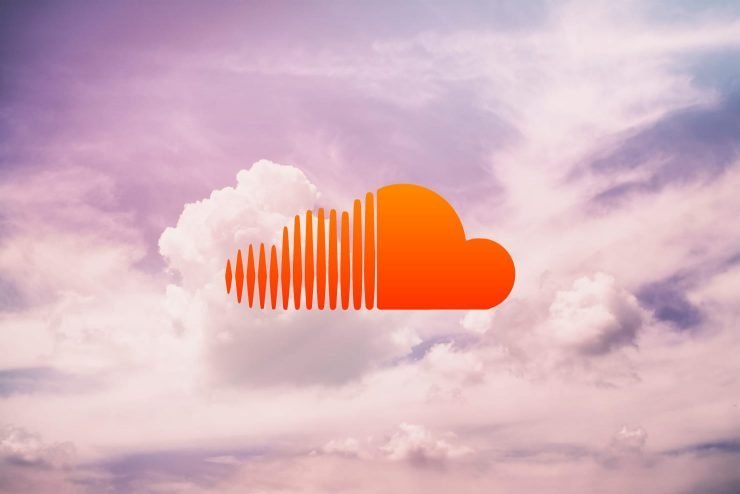 Three weeks ago, I received the following email from SoundCloud with the subject line “You’re invited to an exclusive promotional opportunity.” I immediately created a campaign to promote the opener from my new album: As it currently stands, creating a campaign is relatively straightforward, though the option to choose between simple and advanced targeting is […] 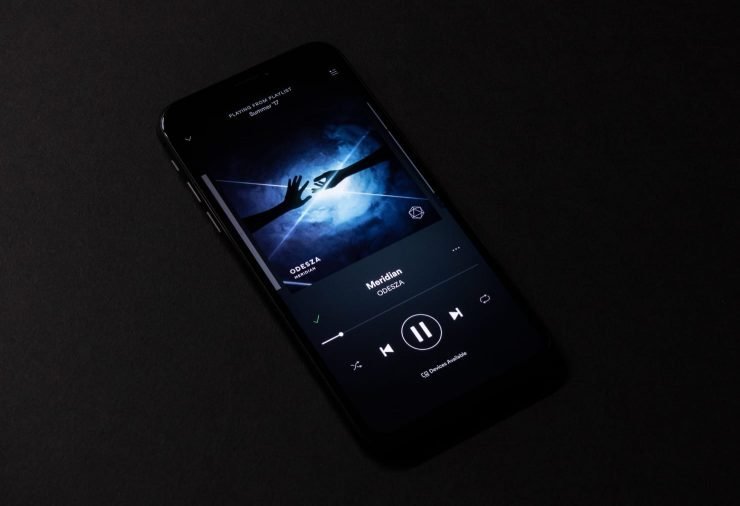 You’ll recall from my last installment that streams don’t equal fans. Two campaigns yielded 180K streams, with no obvious boost in followers. Keep those results in mind as we break down my two Spotify PR campaigns with Midnite Blaster, which should ring a bell if you read my article on SoundCloud promotion. Vicky Edward, who […]

Does the Fans on Demand Formula Add Up? 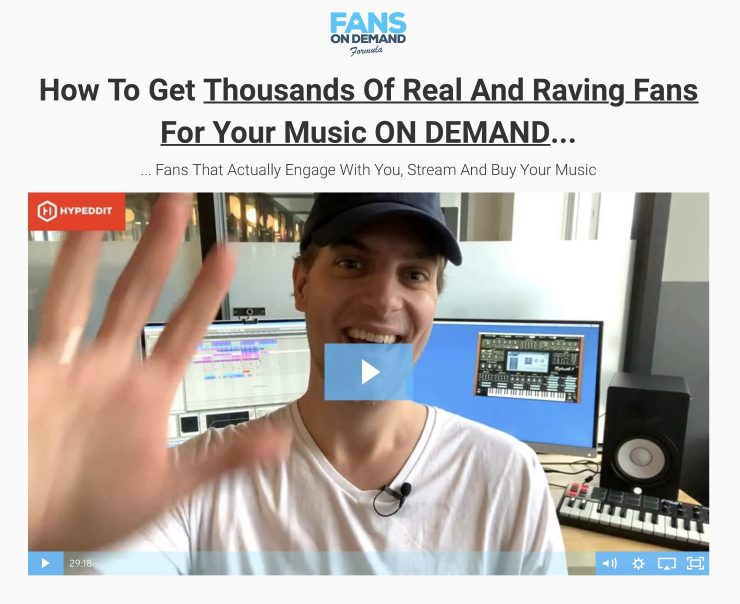 John Gold, founder of Hypeddit, recently published a course called Fans on Demand Formula, promising a thousand new fans in one week. I put it to the test! Well, kinda sorta. I took three weeks, and experimented with different audiences more than any sane person would dare. But hey, I completed the training and am […]

It’s always a good sign when a Spotify PR company rejects your song. It means they’re selective, a prerequisite to establishing fruitful relationships with influential curators. Virtuoso Music rejected my first submission, so I sent them three more. To my relief, they approved one of them: We really love “In Motion” and we think that has a […]

Spotify launched their Ad Studio platform early last year. I was giddy with excitement. For the first time, I could make potential fans hear my music. If they liked it enough to click through, my entire catalog was at their fingertips, AND I’d earn royalties on every play. Maybe I’d even earn enough to pay […]

What Artists Should Know About Songtrust

Did you know that each time your song is streamed, it generates a mechanical royalty that is not paid through your distributor? You need a publishing administrator like Songtrust to collect it. For a $100 setup fee and 15% commission, Songtrust will help you sign up with a PRO (ASCAP, BMI, SOCAN, IMRO, etc) if you’re […] 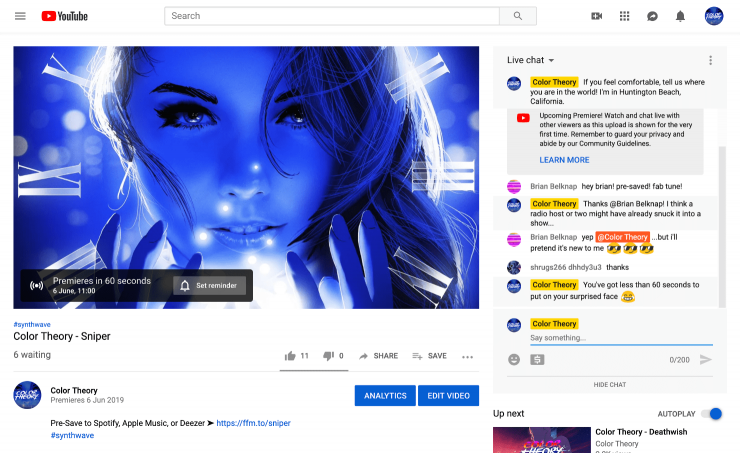 You may have noticed that whenever you schedule a video release on YouTube or Facebook, you have the option of making it a premiere. In the spirit of “why not?” I tested the feature out on both platforms to determine the premiére premiere-er. The winner, in my mind, was cliére (I’ll stop). The idea is […] 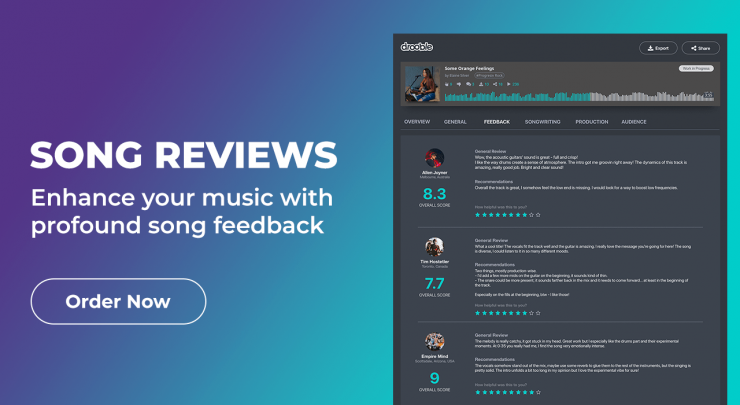 Drooble is a social network for musicians. Like Facebook, it has a news feed with comments and likes. Like SoundCloud, it has artist profiles, radio, charts, and playlists. And like Fiverr, you can pay for things like radio play, news feed exposure (Artist/Tune/Video of the Day), and even professional services like mixing and mastering. The […] 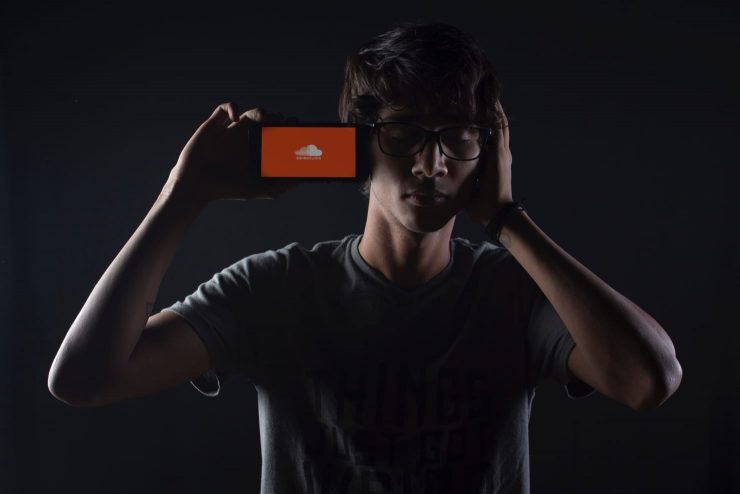 I would never buy fake plays, and I strongly suggest you don’t either. You risk getting your material taken down, your account suspended, or worse. When I received an email from Vicky Edward of Midnite Blaster, an electronic music marketing agency based in Melbourne, Australia, I was skeptical. She assured me that their SoundCloud promotional service is […]

How I Promoted My New Album 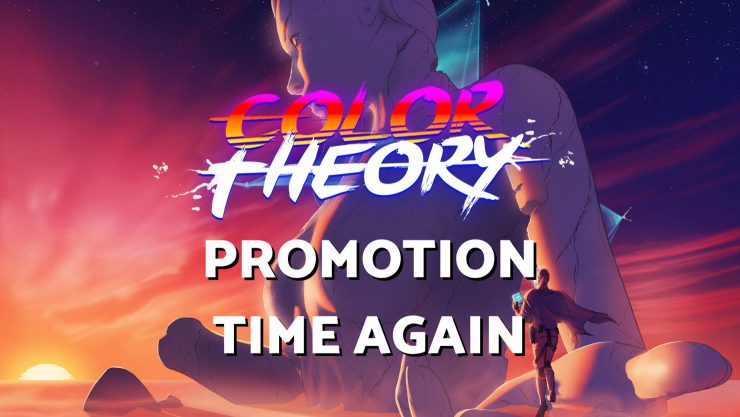 In a recent How I’m Promoting My Music This Month email newsletter (subscribe here), I mentioned that I was working through a long to-do list to promote my new album. Several subscribers emailed to ask for a copy of that list. It’s full of abbreviations, acronyms, and other indecipherables, so I figured I’d break it down […]

How to Promote a Limited Time Special Offer 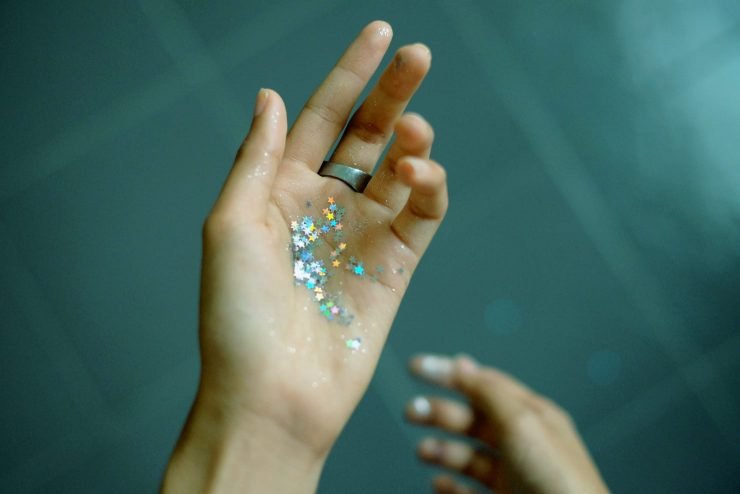 Patreon has been doing a lot lately to help creators maximize their potential on the site. In addition to the recently launched Patreon U, I was invited to not one, but two special workshops: Special Offers & Membership Reboot. The former allows you to offer a limited-time reward at a particular tier. The latter involves […]

How to Promote Your Music with Feature.fm Smart Links 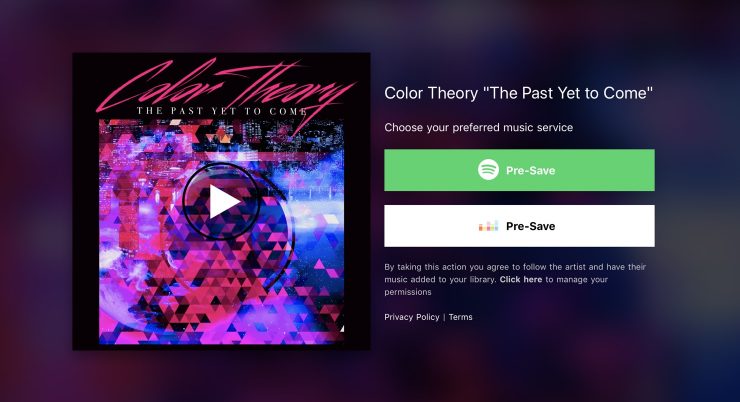 You’re probably familiar with song share links that direct fans to the music service of their choice. For example, here’s one for my last single: There are several free and paid options. I can’t say that I’ve tried them all, but I’m partial to Feature.fm Smart Links. It’s comprehensive yet easy to use, and offers several advantages […] 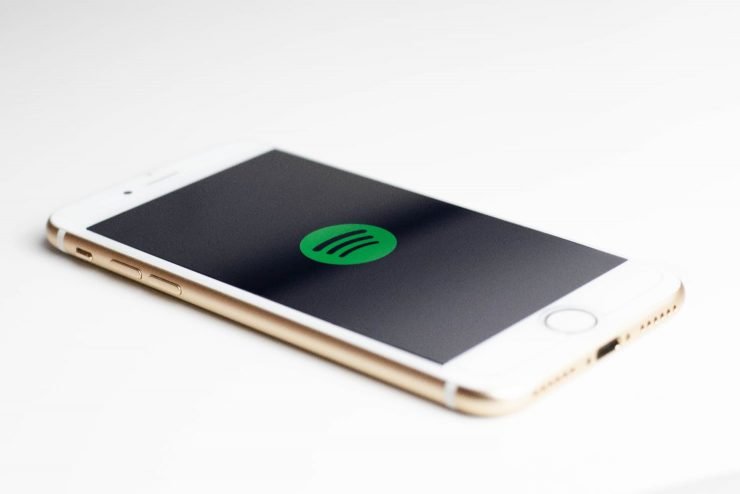 A few weeks ago, I stumbled on this giveaway from Taylor Davis, and was blown away by what I saw: With almost two days left, she racked up over 3K entries, just by giving away a few CDs! All that social media action probably cost her $100 — $50 for the CDs plus shipping, and […]

Playlist Push promises to help independent artists get their music on Spotify playlists, and gives playlist curators a way to monetize their music discovery. As of this writing, they have 242 curators across 60 genres with a total of 8 million followers. Campaigns start at $185 and run for two weeks.  The price increases with genre popularity, […] 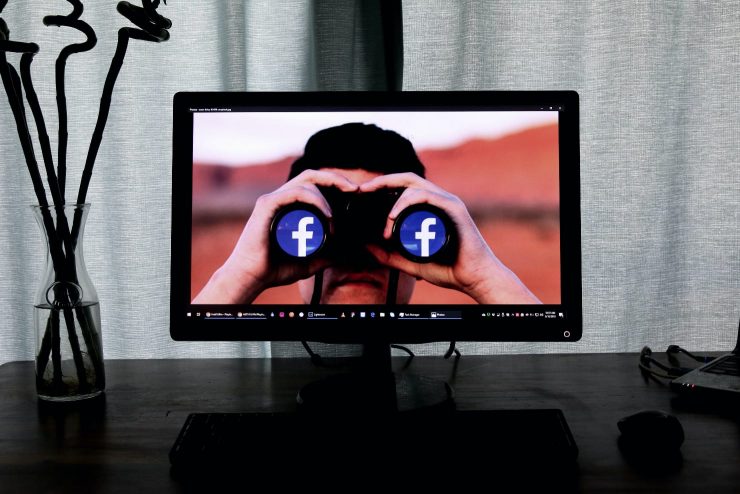 UPDATE: I’ve learned a lot about Facebook ads since writing this article. Here are a few other angles: You can use download gates to gather email addresses, as John Gold of Hypeddit details in his Fans on Demand Formula course. The same method can be used to build an audience on Spotify, SoundCloud, YouTube, and […]

How to Promote Your Music with Spotify Ads 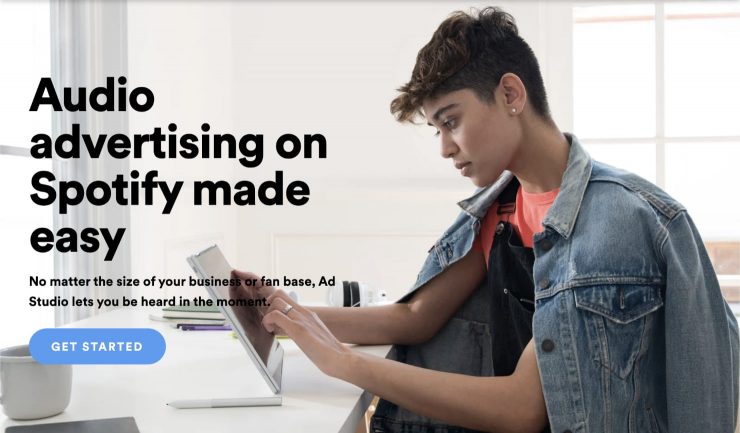 UPDATE: Be sure to check out my latest post on Spotify Ad Studio here! I’ve been looking for ways to boost my Spotify streams. What could be better than advertising directly on Spotify with an audio ad? That way people will hear my music without needing to click on anything first. And if they hear […]