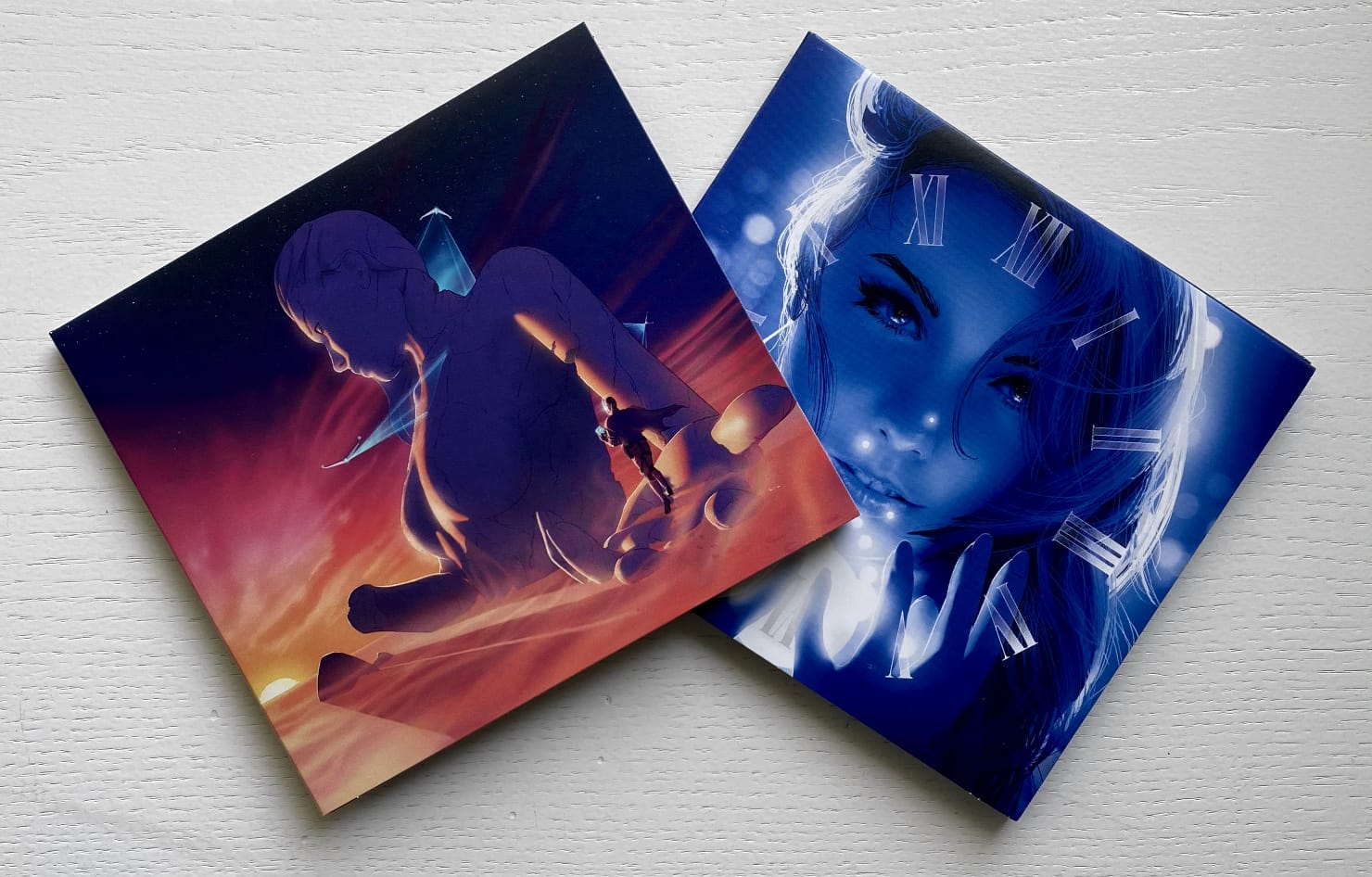 Seven months ago, I added a WooCommerce shop to my site for a free CD offer, which I discussed here and here. It ran from May through the beginning of August, netting $3249, which I used to press 1000 copies of each of my last two albums on CD.

At the end of September, I launched a preorder campaign for those two CDs, using the same basic machinery. Two questions loomed large:

Read on and all shall be revealed!

But first, I should note a minor product launch in between the two campaigns: the first Color Theory t-shirt in years.

I didn’t deem it worthy of an article because the promotion amounted to an email announcement and $10 in Facebook ads.

Here are my sales for that in-between period, with an obvious spike on the day I announced the shirt (click to enlarge):

My tech stack for the preorder campaign was the same as the free CD offer: WordPress (free) + WooCommerce (free) + Elementor + FunnelKit. The latter was once again the star of the show.

The free CD offer started with the CD already in the cart to minimize friction. The preorder campaign, on the other hand, presented potential buyers with four options:

The biggest seller isn’t pictured because it sold out quickly: a $35 bundle with both CDs and a goodie bag consisting of a 3.7″ coaster, holographic sticker, magnet, circle roll label, 1.5″ round button, and clear sticker.

All of them were Sticker Mule weekly specials, discounted by up to 80%. Be sure to get on their email list if you aren’t already! I only had 50 of most of the items, so that’s how many goodie bags I sold.

With the free CD offer, all of my profits came from the order bump and upsells. This time the main offer wasn’t a loss leader, so I kept things simple.

The order bump was the same: a $2 sticker.

The upsell, aka the one-time offer or OTO, was the t-shirt for 20% off if the buyer didn’t already have it.

If they’d already bought the t-shirt, they were offered a “secret shirt” that was and still is unavailable anywhere else. I sold a grand total of 8! So again, not a big money-maker, but a really cool exclusive for my eight biggest fans.

The shirts were printed on demand through Printful. I could potentially increase my profit margin by printing shirts locally, but half of my fans are overseas where shipping is cost-prohibitive. Printful has seven fulfillment centers spread across the globe, including Spain and Lativa. UK shipping was only $4.39!

The promotion itself was pretty straightforward, with the simple goal of reaching my existing fans.

Over the course of a week, I announced preorders first to my patrons, then my email list, then to Bandcamp followers, and finally on social media. The goodie bags were gone long before the offer went public.

After the initial announcement, I sent out three more emails over the course of the campaign:

I netted $3349 during the one-month preorder period (click to enlarge):

Here’s a breakdown by product:

As you can see, almost no one bought the CDs individually.

Subtracting $89 for the Facebook ad, I made $3260 profit, which is right around my cost of goods for the two CDs and goodies. It’s also suspiciously close to my profit from the free CD campaign, but with far, far less work.

Let’s close by tackling my questions from the beginning of the article:

Did the upsell and order bump strategies work? Yes, but only a fifth of the time. Over the course of 103 orders, I sold 21 shirts and 20 stickers. Granted, many fans already had one or both.

Would one-time $5 CD buyers make the leap to a “real” purchase? Yes! 44 of them did, according to this Drip filter I set up:

While I didn’t make any money once you factor in the cost of goods, I consider the campaign a success because it effectively paid for the remaining 1800 CDs.

My experience reinforces the value of a free CD offer in building a fanbase willing to open both their hearts and their wallets.

Thoughts? Questions? Hit me in the comments!