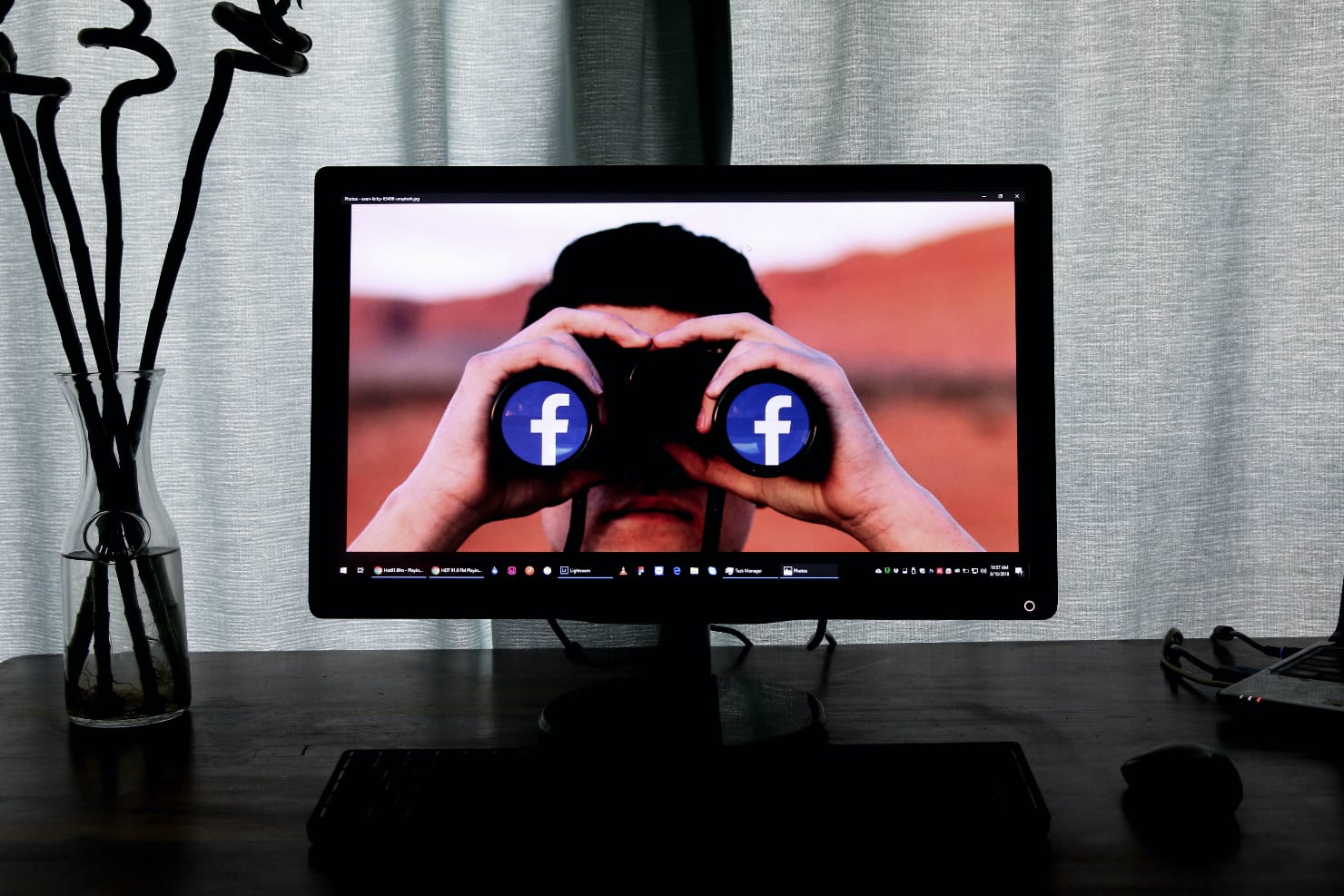 Where do I even start? How do I know the advice I give today will apply tomorrow?

I don’t, but I’ll share what I’ve done, and try to encapsulate my experience into actionable evergreen nuggets as best I can.

Most Facebook ads guides essentially just tell you to try different things and see what works. Keep testing, they say! Instead of giving you specific strategies, they teach you how to conduct your own experiments, because what works for them might not work for you.

While I acknowledge the wisdom in that approach, most of us don’t have that kind of time. Instead, I’m just going to tell you what to do!

For expediency’s sake, let’s start with what not to do:

Before February, I hadn’t done much beyond boosting posts for months. This ad from Muse popped up in my feed and inspired me to give it another go:

After several rounds of A/B testing, here’s what I ended up with:

That’s a live post, so feel free to test out the link. It’s a Feature.fm Smart Link that directs users to the music service of their choice. I hope to write about Smart Links in detail soon, but for now you can use my affiliate link for a $10 credit towards any Feature.fm product.

When you create a post with a Spotify link, it has a built-in player. Perfect!

Unfortunately, as soon as you promote it, the player disappears:

My suggestion is to create a post with a Spotify link and pin it to the top of your page. Then make sure not to promote it!

The link isn’t clickable, but the “Listen Now” call to action above is. Confusing!

The fix is simple: just eliminate the call to action text in the Instagram placements, using a separate ad group.

Unless you really don’t want fans to see your ad, start from a page post. Let the likes and comments build up for at least 24 hours before running ads on it. That social proof goes a long way when a stranger sees your name for the first time!

From that point on, make sure that all your ads point to the same post. You can always edit the post from your page if you need to. Over time you’ll build up an impressive amount of engagement that screams CHECK ME OUT!

If you want to test your ad copy out ahead of time, you can experiment on your personal profile or another network. For example, you could tweet three variations over three days and see which gets the best engagement.

Did you know you can import a list of contacts into Ads Manager, and have it create a custom audience similar the people in your list? Sounds amazing, right?

Unfortunately, those lookalike audiences always underperform relative to the audiences I create with standard interest targeting.

Of course, you should still target the people who engage with your content! More on that later…

It used to be that boosting posts was for amateurs, and pros used Ads Manager. These days that’s not necessarily the case. While Ads Manager still offers more targeting and placement options, boosting has come a long way.

If you’re just looking to get more engagement out of an already engaging post, boosting will do the trick in 10 seconds flat!

To see which posts fans are engaging with, go to Your Page ➤ Insights ➤ See All Posts, then sort by Engagement Rate using the dropdown in the upper-righthand corner:

I wouldn’t bother boosting any post with less than 5% engagement. That rules out most of mine!

And of course with Boosted Posts, you’re limited to items that you post to your page. With Ads Manager, you can create “dark” posts that aren’t visible outside of your campaign.

While we’re on the topic of boosting posts, I’d be remiss not to mention the default targeting option:

I get way better results with the targeting I describe below. Obviously adding their friends is even worse!

Keep in mind that I’ve been on Facebook forever, and have accrued 16.5K likes over many years. I’ve never purchased likes, and as far as I know they are 100% legit, but they are definitely stale.

Alright, enough naysaying! Let’s talk about what you should do.

On social media, video is king. The fact that it outperforms all other post types is uncontroversial.

For example, in the middle of my single image campaign above, I shared a short DAW capture video to my page, and it got promising engagement.

The first step in creating an ad campaign is choosing an objective:

Unless your website is set up for conversions, I suggest going with video views or traffic.

If you just want people to hear your song, go for video views. If you want to send them to Smart Link where they can listen or download on the service of their choice, go for traffic.

Next you need to choose who will see your ads. The safest place to start is with people already engaging with your content.

If you’ve got Facebook Pixel installed on your website (here’s how), create a custom audience of people who visited your site in the past 30-180 days.

Next, create an engagement audience of people who have interacted with your page for up to the past year.

If you plan to advertise on Instagram, you’ll also want to create a list of people who interacted with you there. Advertising on Instagram is more expensive and clickthroughs are negligible, but there’s no better way to reach 18-29 year olds.

Next you need to decide where your ads should show. I suggest searching for relevant keywords (genre, related bands, etc) in Google Trends.

For example, here are US metro areas where people search for the term “synthwave”:

Definitely avoid targeting “worldwide.” You may get a lot of cheap engagement, but it won’t move the needle in any meaningful way.

An insane amount of information about Facebook users — all of them — is at your fingertips, for free, via Audience Insights.

For example, Metallica fans are 75% more likely than the average Facebook user to have a job in installation and repair services. They’re also 36% less likely to have gone to grad school. Fun facts.

Start by selecting “Everyone on Facebook,” then enter the name of your genre or a related band under Interests ➤ Additional interests. For example, “synthwave.”

What a sausage fest! 91% male. So am I going to target women? Nope.

The secret sauce, and the most important aspect of targeting, is page likes. What pages do synthwave fans like? First, broken down into categories:

And then pages (most of them bands, not surprisingly):

I suggest using multiple ad groups to target interests separately. That way you can shut down the weak performers. If your audience size is too small, you can always pair interests (i.e. people who like Synthwave TV AND NewRetroWave).

Don’t just select similar bands! In my experience, other categories like movies and clothing perform just as well or better.

It’s important to note that not every page you type into Ads Manager is targetable, and there’s no obvious reason why. Some smaller pages will be available, while hugely popular ones will be inexplicably missing.

By default, Automatic Placements is selected. That means your ads will run everywhere on Facebook, Instagram, Messenger, and their Audience Network. Eventually it will optimize and only serve ads where they’re effective, but I suggest going about it the other way.

Instead, deselect everything but Facebook feeds. If you want to run ads on Instagram, duplicate the ad group and select Instagram feeds instead. The other placements have been a waste of money for me.

If your video is 15 seconds or less and your objective is video views, you can select in-stream videos. That might be okay for brand awareness (or “exposure” as we like to say in the music biz), but they won’t get you clicks.

That’s a lot to digest! Here’s an example of an ad that used most of the suggestions here. From now on I’ll be sure to take my own advice!

The ad was part of a video views campaign targeted to US men 18-34, interested in Stranger Things AND Drive (the 2011 movie) AND Spotify, with placements in Facebook feeds only. It got 419 clicks at $0.16 CPC. As it wasn’t posted to my page, it didn’t accrue much engagement, which likely limited its performance. And of course a traffic campaign would’ve generated a lower CPC than a video views campaign.

To create the video, I downloaded a Creative Commons animation from the amazing beeple, and superimposed the lyrics in iMovie. Then I used a Keynote hack to cut off the edges and make it square.

For my next campaign, I can create a custom audience of people who watched this video, from 3 seconds worth all the way to 95%:

Now that you’ve read my controversial formula of dos and don’ts, I’m guessing you’re feeling pretty overwhelmed. It’s a lot to take in, and I’ve barely scratched the surface! Maybe the tl;dr is “hire an expert.”

As luck would have it, I spoke with just such a person! After my most recent ads spending spree, I was invited by Facebook to a call with a Facebook Marketing Expert. It was an enlightening conversation, and a devil’s advocate rebuttal to my approach.

She said that with my content, I really couldn’t go wrong with any style of campaign. She suggested casting a wide net, building audiences from video views, website visitors, Instagram engagers, page likes, lookalike audiences, mailing list subscribers, and so on. Then throw them all into one campaign with automatic placements and let Facebook’s algorithms go to work.

My guess is it would be more expensive up front, but could become more efficient over time as you retarget users who engage with your ads.

Maybe I haven’t cracked the code, or maybe my suggestions won’t work for you. This may be a better approach. It’s certainly easier!

I did try a reach campaign, which she said was most cost effective, using her approach. After a couple days I shut it down because it was drastically underperforming relative to my other ads. Maybe I just needed to give it more time.

While I wasn’t able to touch on every option in Ads Manager, I hope to have given you enough direction to avoid any major pitfalls, along with enough inspiration to get you started.

Remember, you set the budget and you can stop and start on a dime, so there’s no excuse not to give it a try! Even $5 can go a long way.

Okay, moving on to Google Adwords… 😂

Have you tried Facebook Ads? What works for you? Let’s strategize in the comments!

Photo by Glen Carrie on Unsplash