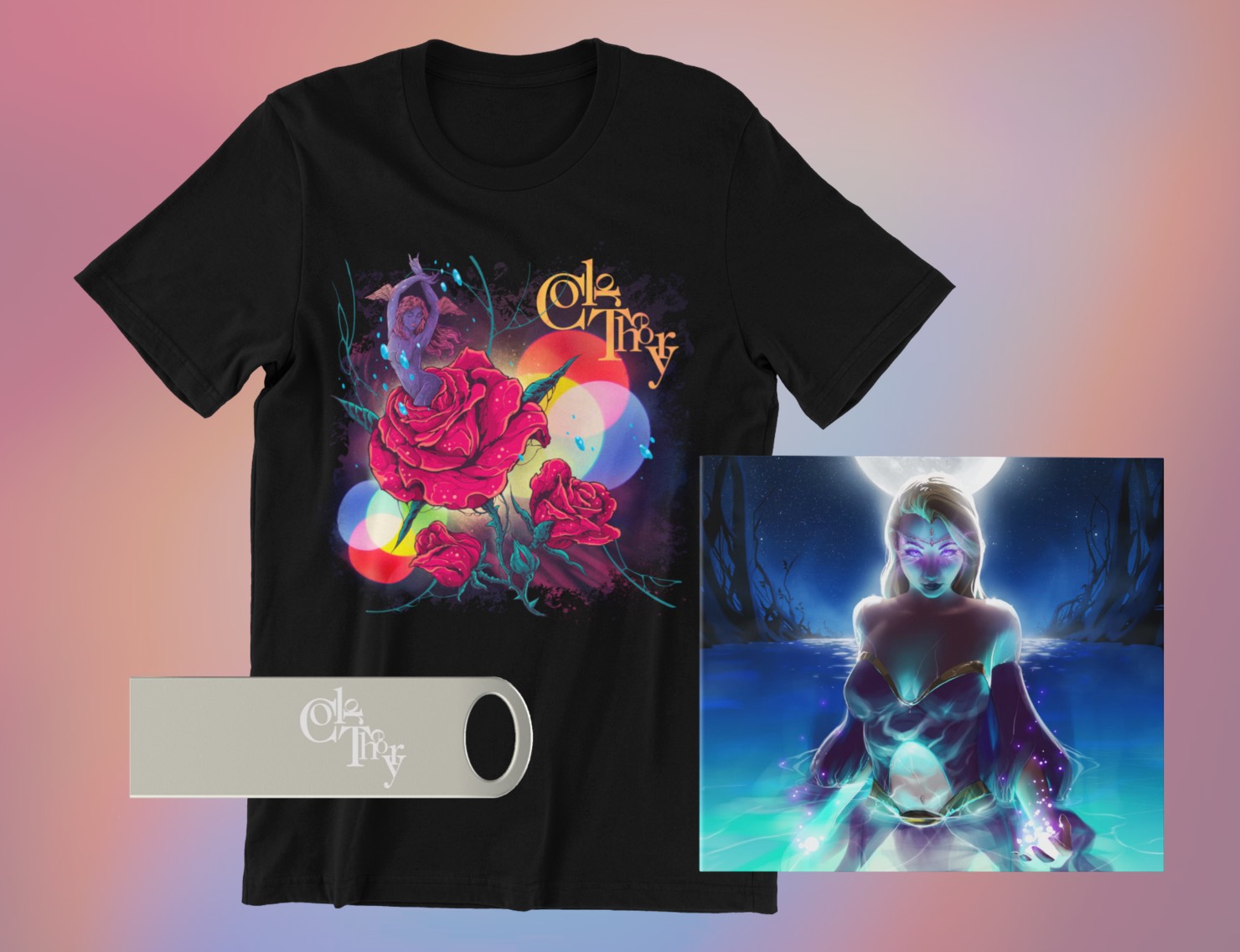 My 12th full-length album Mages was released on December 3, and I’ve been going nonstop since October.

The album promotion was a series of five distinct campaigns, not counting two singles releases over the same time period.

I’m going to break it down into bite-sized chunks and perhaps draw a conclusion or two. Buckle up, because this is going to be a biggun, serving as both an overview of the album launch and a table of contents for upcoming posts.

I’d been releasing singles every few weeks since the beginning of 2020, but the album promotion started in earnest with three surveys I put out to my patrons, mailing list subscribers, and social media followers.

The survey results told me what formats to release the album in, what to bundle it with, and what rewards most interested potential patrons.

With some help from Kay Speranza of Email Gypsy, I completely rewrote my 7-email welcome series in preparation for the…

Tunespeak hosted a raffle to give away four prizes in a drawing. It ended last Friday, and they’re in the process of confirming the winners.

I’ll be writing a separate article on Tunespeak with all the details soon, so stay tuned!

My garage was not happy. It was filled to the gills with CDs already, and I was about to order another thousand.

The Make Room for Mages Sale was pitched as a way to “clear out the cupboard under the stairs” in order to, as the title suggests, make room for the Mages CD.

I discounted everything in my shop by 50% with the coupon code “mages.”

I wouldn’t call it a rollicking success, but I netted $543 selling about 85 CDs. The biggest seller was my “all CDs” bundle.

As you can see, the vast majority of sales occurred on the final day. I feel like a nag sending out those “last chance” emails, but they always pay off!

CD sales come and go, but support from my patrons has been stable and reliable for nearly five years.

My offer was simple: become a patron at the $3 level or higher before midnight November 8, and I’ll include your name on the CD.

Here’s the final result, taking up one of the eight panels on the Digipak:

The offer brought in 13 new patrons, bringing me to 171 patrons total, pledging $780 per month.

And now, the main event.

I had five new items for sale, including one premium offering: a laser-engraved 128GB USB flash drive containing my entire 641-track discography. That’s everything I’ve ever released, plus three upcoming 2022 releases!

I also had a new t-shirt design, and of course the CD:

The final two items were swag collections: an $8 goodie bag of stickers, a coaster, and a magnet, and another $10 bundle with a keychain, pin, and holographic sticker.

Here are total sales over the two-week pre-order period:

And here’s the breakdown by product (I left some stragglers off at the end):

I previously released another USB discography way back in 2011. For those buyers, I offered a $50 discount code on the new one, which explains the mathematical discrepancy in the totals.

I’ve still got over 900 CDs and a half dozen USB flash drives, the latter of which are sure to sell eventually.

My fans and I all deserved a break from “buy, buy, last chance!” (which would return soon enough). The single release and accompanying AMV served that purpose nicely:

Single releases have their own promo template, which I hope to detail in an upcoming post!

If I’d waited until Black Friday to open pre-orders, they wouldn’t have shipped before Christmas. Still, I wasn’t going to let Black Friday go by without making some kind of offer!

My Depeche Mode tribute album has always been the best entry point for new fans. Last year I released an updated version of it with three new tracks.

My offer was a slightly tweaked version of 2020’s free + s/h funnel. Instead of simply offering the CD for free, I provided five options, from free all the way to full price.

This one is still going! I’ll be writing about it separately in the near future.

Release day just so happened to be Bandcamp Friday. What a coincidence, right?

I didn’t really do much besides my usual single release stuff. Where I could pitch the entire album, I did. Where I could only pitch one track, I went with the focus track that I’d selected on Spotify for Artists – one of the three that hadn’t already been released as a single.

Happy Birthday to Me

I normally let my birthday go by without as much as an acknowledgment, but this year I had an idea.

What did I really want for my birthday? For people to hear my new album, of course! So that cost was no object, I made the album name your price on Bandcamp for the weekend.

To date, I’ve sold 42 units of the album on Bandcamp for a total of $267. The birthday offer pushed it up to #8 on the synthwave charts, but my off-Bandcamp pre-order campaign sabotaged any chance of it gaining serious momentum on the platform.

That was a ton of work! All the while, I still had my regular content calendar to fulfill, including new songs for patrons and new podcast episodes, not to mention studio work for clients.

In many ways, the campaign was a success. I built hype around the album, generated solid streaming numbers, gained some new patrons, and made a profit selling merch.

You might also call it an abject failure. I didn’t even sell 100 CDs. The only thing that stopped me from losing money was the USB discography, and that’s not something I can repeat with each album cycle.

In hindsight, the smarter play would’ve been to make the USB discography the sole merch drop alongside a digital-only album on Bandcamp.

That would’ve generated thousands of dollars with minor fuss and zero storage issues.

Granted, I would’ve felt guilty! The majority of my patrons collect CDs, and their support is what allowed me to pay for them in the first place. For some, their support may even be contingent on physical releases.

They’d certainly understand if I made the release digital-only (like last time), but they’d be disappointed.

I’m not ready to swear off CDs entirely, but I can’t keep manufacturing them by the thousands. I’ve been reluctant to settle for CD-Rs, but at the very least, I’m confident I could sell 100 in jackets.

What would you do differently? Share your feedback and postmortem analysis in the comments!

p.s. I just realized I wrote a post in 2018 with the same name, but completely different content.