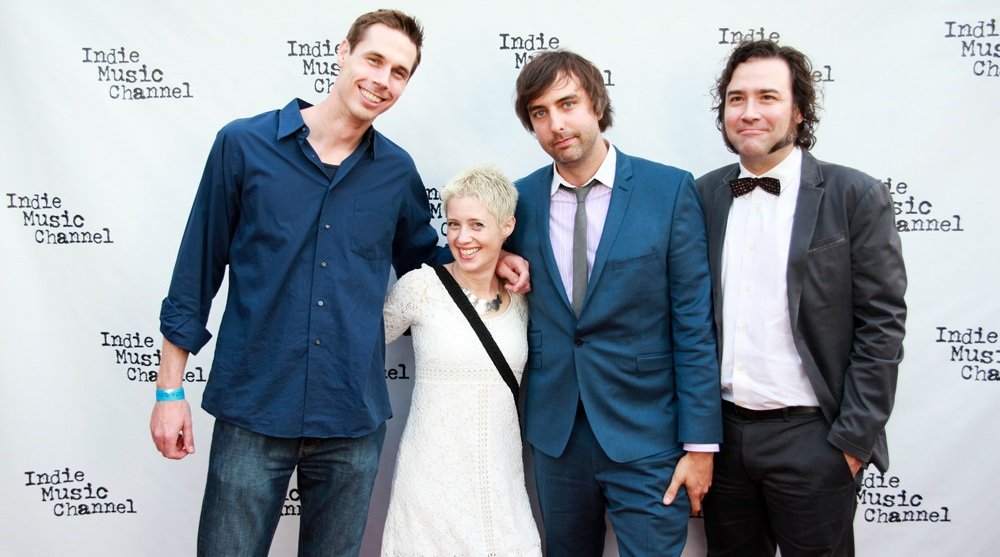 I’m excited to bring you a follow-up to one of the most popular articles on this site, by friend and music licensing veteran Helen Austin. -Brian

My music career has advanced significantly in the two years since I first wrote about film and TV placement. As more and more licensing opportunities become available to indie artists, I’m often asked for advice. It’s nice to have an article to direct people to, but it’s long overdue for an update.

With that in mind, here are my new four steps to film and TV placement:

Your foundation will always be the music. I still write as much as I can, but sometimes get sidetracked into recording and producing. There’s no point in having stacks of manuscript paper and lyrics just sitting on my desk!

I participate in songwriting challenges like February Album Writing Month and The 50/90 Challenge. They force me to write on a regular schedule, and provide quality feedback. My last album and much of my next two albums (one regular, one for kids) have come out of this material.

I now write exclusively for pigFactory. This was a big step, and one I didn’t take lightly. I made the decision after a few years of really enjoying our relationship. It didn’t hurt that every time I mentioned them to anyone, I was told how great they are – including my lawyer who checked the contract. Just after signing on the dotted line, they got my song “Happy” on a huge European Nivea commercial, so it turned out to be a very good idea.

Having an exclusive publisher is kind of like having a parent. They stop me from ‘devaluing’ my music, by not allowing me do free or unreasonably low paying placements. The only exception is that I can gift licenses to charities that I really believe in. For example, I wrote a song for Relay for Life that is played at relays all over the world. I would never want or expect them to pay for that.

I still submit to Taxi listings regularly, as many of them are direct to music supervisor or ad agency. I don’t submit to publisher or label listings anymore. No deals have come out of these submissions yet, but I get lots of forwards to music supervisors and ad agencies, so I know my music is being listened to by key decision makers. Hopefully my name will stick in their heads.

I use Sonicbids less and less now, but still look out for interesting festivals to play. They don’t have many direct to music supervisor listings, and the ones they do are mostly gratis licenses.

My music is still on YouLicense, but the only requests I get are for free or very low paying placements, which I decline. Having said that, the Korean label that found me via YouLicense released two of my albums and got me three very nice ads, including one for Dunkin’ Donuts.

One site that I use more and more these days is ReverbNation. You can upload as many songs as you want, and use their amazing widgets to post custom playlists on your website and Facebook. They continually add listings for everything from festivals to placements. I recently got selected by Indie Music Reviewer, which posted a great review. The submission was free, as many of them are. I just pay a small monthly fee to maintain my EPK.

I still put my music up wherever I can. It seems like new music sites are breeding like bunnies! It will be interesting to see which stand the test of time.

Joining pigFactory opened the door to an exciting project. They found me an amazing producer called Bleu. We just finished recording an album in Los Angeles, scheduled for September release. It’s a giant leap forward from my usual bare bones sound, dipping into the electronic pop genre while maintaining my acoustic vocals.

I could have just continued writing fun, upbeat songs that are great for ads (and I still do), but I decided it was important to evolve. I felt I’d hit a wall in my own production abilities, so it was great working with someone who really knew what they were doing, and to step out of my comfort zone into a place that certainly wasn’t Kansas anymore (for me anyway).

Maintaining the whole Twitter, Facebook, YouTube thing is an art in and of itself. There are plenty of articles and people out there who offer quick ways to get more followers, likes, etc.

I maintain that being genuine and not over-posting is the way to go. It may bring followers/likes more slowly, but I’m convinced they stick around longer. I try to never post the exact same thing on FB and Twitter, so it doesn’t look like a machine spitting stuff out. I respond to all messages, and share those I genuinely think are great.

I still email my list of music supervisors, but only when I have something new. I’m always looking for new connections by watching other peoples’ feeds and reading articles.

Here is a list of placements since my first article back in September of 2010:

Of course, this is just the road that I have taken. Everyone’s journey is different, and I encourage you to discover your own way. I still love what I do, and it continues to expand and evolve on a daily basis.


Color Theory · Death of You w/MAIN