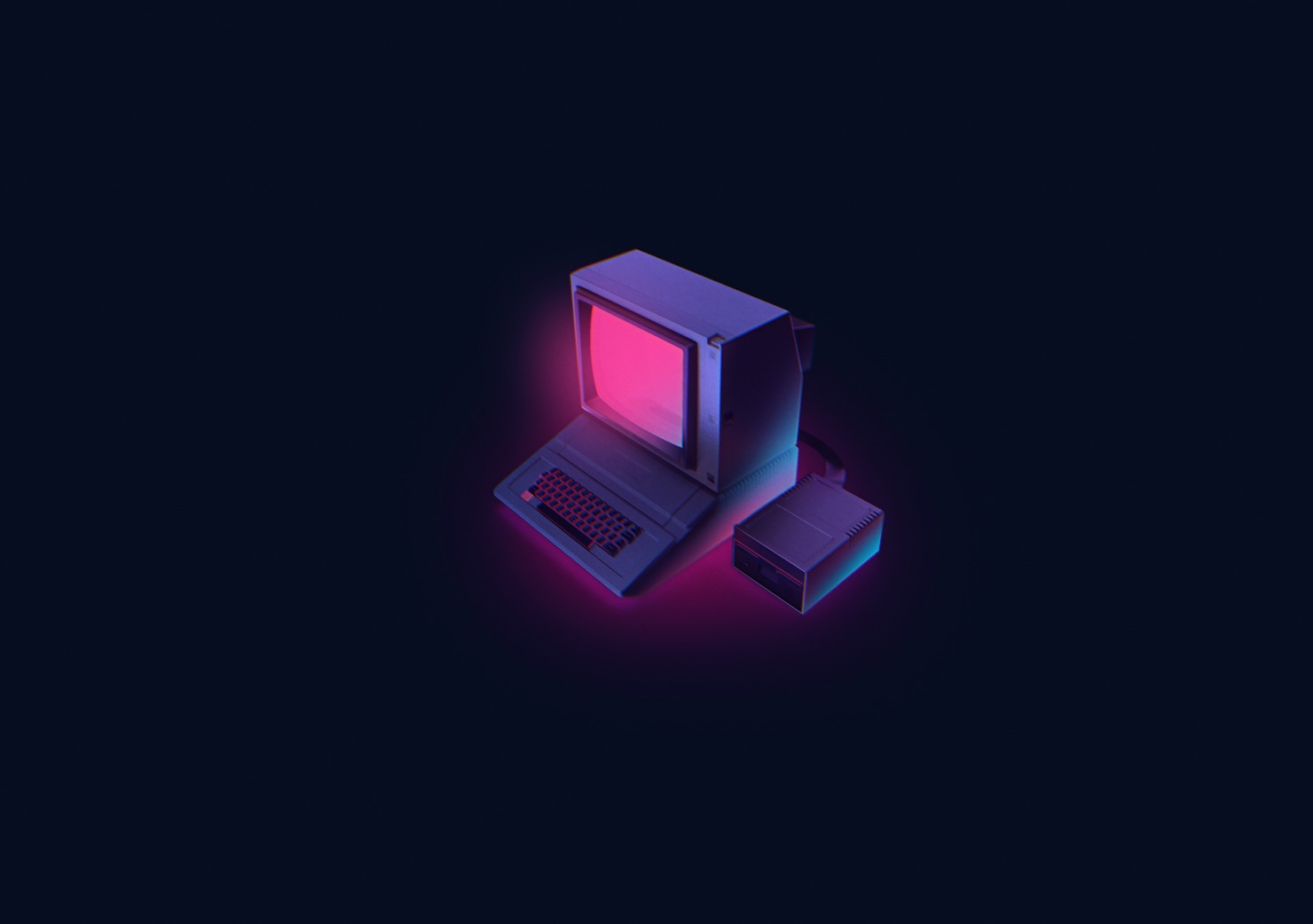 Matt Mancid and I just released an album of 80s covers that we’ve worked on since 2013.

As much as we would’ve loved pressing CDs or even vinyl, paying the rights for 1000 CDs doubles the cost. We would’ve absolutely, positively lost money.

So we released it digitally in two flavors: a 12-track standard edition and a 36-track deluxe edition. The latter is a Bandcamp exclusive.

In retrospect, digital-only was the way to go. The deluxe edition is outselling the standard by an 8 to 1 ratio, and the only physical format it would fit on is a USB key. My previous USB key release was a nightmare, with drives spontaneously corrupting after a year.

We could’ve just promoted the release to our existing fanbases, pocketed $600 each, and moved on.

Instead we focused on getting the album heard by as many people as possible. Every Bandcamp sale was an opportunity to reach more listeners.

I’m going to break down the campaign from start to finish.

This post-game analysis is extremely helpful, and I probably wouldn’t bother if you weren’t around to read it, so thank you!

The vast majority of sales occurred before release day as Bandcamp pre-orders. As a bonus, I included the eight demos I provided to Matt.

The plan was to remove those demos on release day, but then I realized that buyers wouldn’t be able to stream them from the Bandcamp app. For better or worse, those demos are now a permanent part of the deluxe edition.

I announced the album to my email list and on socials with a (true) story:

I thought my presale ad was pretty clever. It was a carousel of album art featuring the tracks we covered, asking what they all have in common (answer: we covered songs from all of them).

I ran the ad in a traffic campaign with the following targeting:

I also ran ads on my announcement post but pulled the plug at $6 per landing page view!

“Peripheral Cold” is the carousel ad, and “Peripheral GLW” is the announcement post. The “GLW” stands for “Green Light Warmth,” hitting audiences who previously engaged with me from the same countries as the cold traffic campaign.

In total, $140 of ad spend produced 1608 clicks to Bandcamp and a solid number of comments and likes. I don’t know how many sales those clicks generated, since Bandcamp doesn’t support Facebook’s pixel.

In fact, between Bandcamp’s lack of pixel support and their 15% fee, I almost ended up taking pre-orders on my own site. In the end, I decided that fans’ comfort, trust, and familiarity with Bandcamp, plus the added discoverability, outweighed the negatives.

In the three weeks before release day, I followed up with four additional emails:

To be clear, it wasn’t all Peripheral, all the time. I sent out a couple unrelated emails as well.

We had already released six of the dozen tracks as singles over the past eight years, so those weren’t candidates for Spotify editorial pitching.

We opted to make our Depeche Mode cover the focus track, which is pretty much the center of the bullseye in 80s synthpop circles. Granted, the song (“The Sun and The Rainfall”) is pretty obscure, as are most of our other selections.

I treated the focus track promotion as I would any single release, starting with hiring Walker Dunn to create a Spotify canvas based on Depeche Mode’s album art, which he repurposed as a YouTube visualizer.

Running down my entire single release checklist is beyond the scope of this article, but could be a great subject for a future one! What do you think?

As previously mentioned, I released the focus track on YouTube and SoundCloud a couple of days early to help build momentum going into release day.

When the big day came, I released the pre-order on Bandcamp (“this is not a drill”), leaned back, and let out a long sigh to commemorate eight years of disciplined work finally coming to fruition.

Then I put on my big boy pants and got to work!

There were email and social media announcements to make, Spotify playlists and bio to update, outlets to pitch, and most importantly, ads to turn on.

If ToneDen is to be believed, 99% of my Smart Link visits came from Facebook:

Before I break down the ad campaign, let’s run through the remainder of my noteworthy efforts, and a promising idea that never played out.

About that, I made an offer to a major outlet in the genre that shall go unnamed. If they would send out an email to their subscribers to announce our release, I would provide a unique discount code and kick them back a couple of bucks per sale.

It’s a win/win, right? Unfortunately, I never heard back. Maybe next time.

I sent out two additional emails over the following week:

3. Announcing that I’d uploaded what appeared to be the fan favorite track on YouTube

Again, there were a couple of unrelated emails thrown in the mix (an AMV of my song “Juggernaut” and a new episode of Synthwave Top 10).

Finally, nearly a month after release, I tweeted out download codes for the standard edition. While I hate to devalue our work, the engagement (98 link clicks) was worth it.

Alright, about that ad campaign.

I created six videos featuring the original album art from the songs we covered plus an overlay from the Motionleap app on my iPhone, just to add some movement.

I figured I’d catch potential fans’ eyes with familiar album art, they’d click to listen, and that would seal the deal.

While that was true to a minor degree, I also included a page post that ended up consuming most of the budget:

You can see that it got a healthy amount of engagement, including 2.4K likes. I use a Chrome extension called Invite post likers for Facebook to invite everyone who liked the post to like my page, resulting in hundreds of new page followers.

The six video ads and page post were part of a conversions campaign directing to a ToneDen smart link, with a click to Spotify qualifying as a conversion. Total spend was $948.

I split the countries up into different tiers to make sure I wasn’t just promoting to India. You can see that the cost per 1000 impressions is highest for Tier A (USA, UK, Sweden, etc) and decreases all the way to Tier F, which is literally just India.

I’m still in the process of perfecting my tier split, and plan to write a dedicated post about it soon!

I turned off the ad campaign a month and four days after release, when my new single came out. Total clicks to Spotify = 5K.

Facebook ads amounted to $1080, so we more or less broke even, which was the plan. Eventually those fractions of pennies from Spotify will put us back in the black.

Spotify for Artists reports 58K streams since 2015, but that’s deceptive because it includes the streams from tracks that were previously released as singles.

I’m seeing 14K streams in the past 28 days, at 42 days post-release. So maybe 20K streams since release? I should’ve kept track.

You may have spotted the insane number of saves on some of the tracks, particularly my new single which as more than twice as many saves than streams!

That’s thanks to a service called Rise that I’ve been planning to write about for quite awhile now. I’ve been paying $225 a month since May and have accrued 3.6K new Spotify followers through them, all of whom automatically presave each new release.

I still have unanswered questions about the service’s inner workings, but for now I feel confident recommending them for a Spotify conversions campaign – not an exposure campaign. If you try them out, please comment here with your results!

Release Radar is sharing most of the tracks, including a few that were previously released as singles. We haven’t done anything special to promote “Time to Wonder” but it appears to be taking off on its own.

While the ad campaign is over, I’ve still got some loose ends to tie up with the promotion. I’m slowly releasing the tracks on YouTube and SoundCloud to keep the momentum going.

Speaking of which, the days of uploading a cover on YouTube and seeing it go viral are over. I find it much easier to promote originals!

Did I miss anything? Let me know what I could do better in the comments!