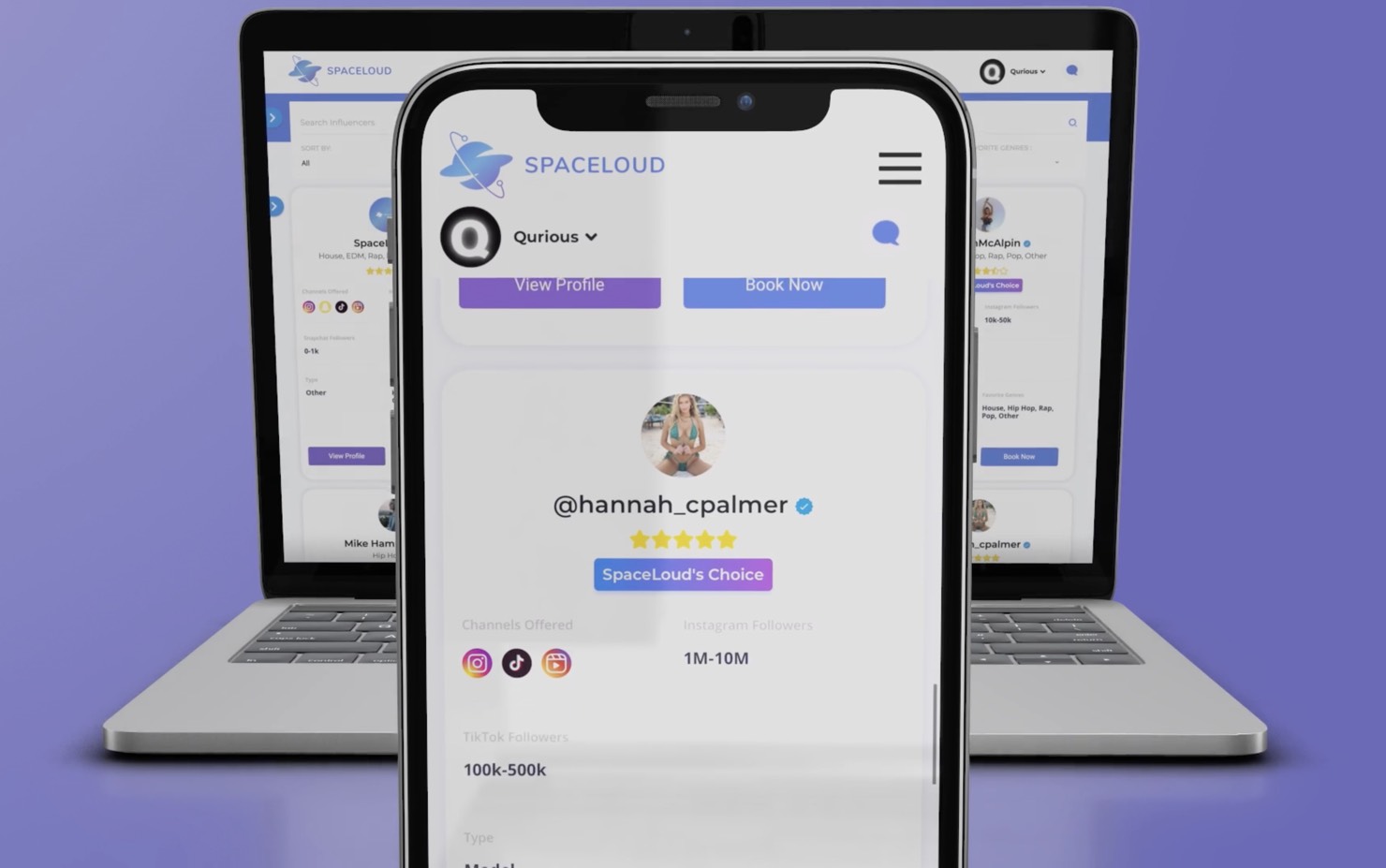 I haven’t had much luck with influencer marketing, but that hasn’t stopped me from trying!

Since writing about Breakr earlier this year, I’ve done some cheap influencer campaigns on SubmitHub. None of them moved the needle in any measureable way, but my experiences have all been positive.

When the SpaceLoud team reached out and offered to let me try out their platform for free, I figured why not?

I’ll share my results and conclusions below, but let’s begin with a quick overview of the platform.

There are currently three subscription options, the only difference being how much of a discount they offer on campaigns. Whichever you choose, you’ve got a free 14-day trial to kick the tires before you get charged.

After that, you can create your first campaign. Mine looked something like this:

Pretty self-explanatory. They’re adding a long list of genres soon, but for now, “other” was the best I could do.

My offer prices are in line with what influencers are listing on their profiles, at least directionally. Stories are typically half the price of Reels, which is typically the same as TikTok, depending on how many followers influencers have on each network.

You can get 10% off by using my referral link and entering code PP-10OFF in the same place that I did in the screenshot above.

As soon as you launch your campaign, you’ll start receiving offers from influencers.

I received about 30 offers in total over the course of the campaign. In the screenshot above, you can see that I’ve got three to review.

To my endless frustration, influencers often propose far higher prices than they list on their profiles. For example, here’s an offer for $60:

And here are the same influencer’s published prices:

To be fair, he matched my campaign pricing. Still, how angry would I be if I booked him for $60 and then saw that he offers the same thing on his profile for $10?

And then there’s the other end of the pricing spectrum…

You can also book influencers directly at whatever price point you’re comfortable with. Several filtering options make it easy to find just what you’re looking for.

I started with the ones marked with a “SpaceLoud’s Choice” banner, figuring they were the safest bets.

I also received an email showcasing SpaceLoud’s Choice Influencers, a diverse group of models who dance and dancers who model.

My first booking was Alex Kennedy, a talented shuffle dancer and overall lovely person. Her captions are always personal and relatable, which results in genuine engagement and not just fire emojis.

Her offer was $40 for each of the three post types: IG Stories, IG Reels, and TikTok.

Contrast that to the pricing on her profile:

The fact that it’s a package deal may be obvious to the rest of the world, but I still encouraged them to add a confirmation button with the grand total for dumbasses like yours truly.

Influencers have 14 days to post or your money is automatically refunded.

I paid for five campaigns, one of which I’m still waiting on. Here’s what Alex came up with:

She has a much bigger audience on Instagram, but I can’t get the Reel to embed properly.

Influencers are supposed to supply screenshots of their stats, but after repeated naggings, I’ve only received them from Alex and one other.

And here are her IG Reels insights:

Those numbers are only a few days old, and will continue to grow over time.

The rest of the completed campaigns were all for IG Stories, which I can’t embed. These screenshots will give you an idea though:

That last one from Roberta Duarte was basically a swipe up ad directing to my song on Spotify.

Here are her story insights:

My Spanish is pretty rusty, but I’m pretty sure that means that out of her 1.4 million Instagram followers, 3510 saw the story.

How does one measure the success of an influencer campaign? Here’s what SpaceLoud suggests:

How do those views translate into the things we care about, like Spotify streams? We have no way to know. Bridging that gap is high on SpaceLoud’s list of priorities.

To be fair, I was destined to be disappointed unless something really took off. That didn’t happen here, and that’s not their fault.

As a platform, it’s got a lot going for it, and it delivers on its promises.

Ultimately it’s just a tool to connect artists with influencers without taking on the risks of negotiating directly. You know the influencer is going to deliver, or their reputation will suffer and you’ll get your money back.

When browsing through influencers, I noticed several using #MusicBreakr hashtags, which tells me that they’re connecting with artists across multiple platforms.

You might want to do the same and comparison price any influencers you’re interested in, then seal the deal on whichever platform you’re most comfortable with.

As for SpaceLoud in particular, don’t be afraid to make lowball offers. The worst that can happen is you’ll be ignored. You’re not going to offend anybody.

Last but not least, I’m convinced that the most successful campaigns are true collaborations, where the influencer creates something based on or inspired by the song.

Alex’s shuffle video is a perfect example. You could also ask the influencer to lip-sync or act out the lyrics.

Don’t let your song serve as background music, especially behind dialogue. That means making your expectations clear up front.

And if you do give SpaceLoud a shot, don’t forget to use my referral link and discount code PP-10OFF to save 10% and help fund further testing!

Have you tried SpaceLoud, Breakr, or any other influencer marketing platform? Share your thoughts and results in the comments!