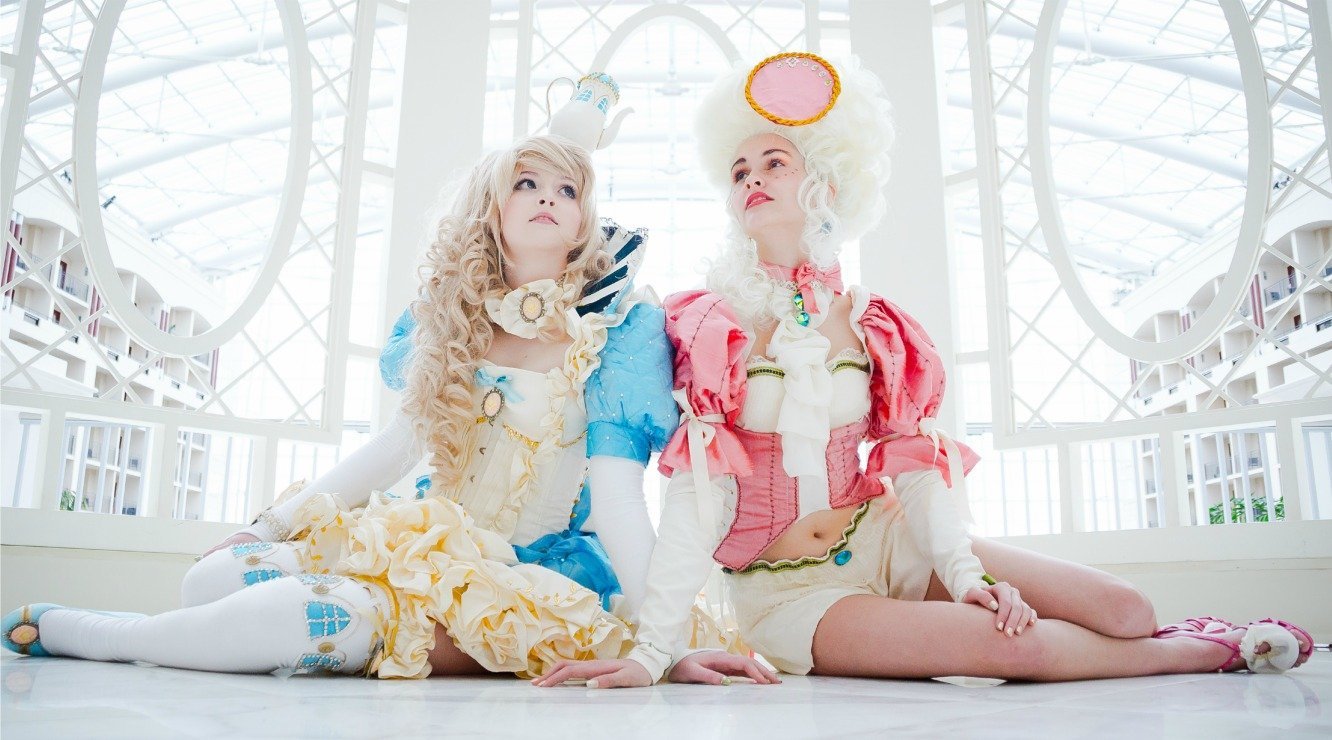 I had the pleasure of working with Matthew Myers on the soon-to-be-released Just Dance Kids 3 video game. As I got to know him and his music, I was blown away by the response to his highly targeted YouTube videos. This recent comment from darksilver1200 sums it up perfectly:

“I feel sorry for all NON-otaku fans. They just don’t understand what it means to love anime and gaming with every fiber of your entire being and soul. I on the other hand, am a full blood otaku through and through. I love all anime, games, and others of this sort. LeetStreet boys, actually, if you listen to the lyrics of the song, have meaning deep down in the otaku heart.”

I’m a gamer and anime fan myself, yet half of the references are over my head! I asked Matt if he would be so kind as to explain how he pulls this stuff off, and the result is this guest post. -Brian.

Making music videos has changed my life. In 2007, I wrote a catchy song about my love of anime and video game fandom. I hired a freelance animator and the music video we created for “Yuri The Only One” was a runaway hit in 2008. It has since garnered over 1.5 million YouTube views, been played at festivals worldwide, enabled my band to headline events across North America as a musical guest, sold out of an album print run, and generated tens of thousands of digital sales.

Music videos expose the largest number of people to your music in the shortest amount of time. You could play an awesome concert for the attendees who saw it, but it’s very hard to translate that experience to fans outside the venue. Almost nobody shares random pieces of audio on the internet.

So why do music videos work so well to expose an artist? Because people everywhere watch, listen and talk about them!

If you’re an independent artist, you probably don’t have the production budget of a major label, but that doesn’t mean you can’t make a great music video, or have your video seen by a wide audience. With a great song, focused strategy, and polished execution, you stand as good a chance as anybody in the world.

It’s All About the Song

Investing money up front into your music video is like making a big bet on a song. You’re wagering that the quality of the song is high enough to turn a profit. The first time I made a music video, it was because I was so sure the song was a hit that I felt like I absolutely had to do it. But sometimes my personal tastes are not consistent with what fans want. These days I prefer releasing a recording project on iTunes and/or YouTube without advertising first, and waiting to gauge the response with hard data.

Performance shots are the spectacle of the artist performing the song in a natural environment. This serves to establish the identity of the artist persona and the culture that they resonate with. Who is the artist (and the fans) and what makes them special? In my case, using the medium of animation not only amplified the subject matter of the song, but also allowed me to create a larger than life performance that would have been unrealistic to do well with live action. The artist (or their virtual representation) needs to be extremely charismatic.

It’s best to place the performance shots during the choruses of the song.

When I first started doing this, I spoke with several experienced directors. The feedback I got repeatedly was that if you tell a great story, the audiences will forgive less than perfect production. Emotional attachment means more than any amount of glitz. The reason I think most independent music videos struggle to find an audience is because the story element is lacking. Watching a band headbang on a small stage for 3-4 minutes is boring.

Being a good songwriter and being a good scriptwriter are not necessarily the same skill set, so you may consider hiring a professional creative writer as part of your team. My most recent video evolved from a page of ideas that I wrote up, to a treatment which summarizes the story, and finally a polished script with image cues based on the timing of song sections and lyrics.

It’s best to place the story elements during the non-chorus sections of the song.

Get the Job Done

Once you’ve got a great song, great performance shots, and a great story, it’s time to scale your ideas to your resources. Choose your team members and media wisely. Don’t be afraid to look on the internet beyond personal connections to find your dream collaborator. Ultimately skill, passion, and trust will make the difference in the quality of the final product.

When your video is done, rally the troops and upload it to YouTube. Send out press releases and post the link on social networks.

When it works, you won’t have to find the fans. The fans will find you.

If you’ve succeeded in crafting an iconic song and music video then people will discover, connect, and show their friends. As popularity builds everyone will want to share their opinion of it!

The biggest mistake you can make is to hire the wrong people to produce your music video. Treat the project as a business investment – because it is! Set up a simple work for hire contract and pay based on milestones completed. A finished music video is potentially worth a lot of money. An unfinished or poorly realized music video is worth nothing.

YouTube is becoming more competitive as big corporations invest more money in promotion. The best way to get your project noticed is to give people something they don’t have, but wish they did. Remember that you aren’t making the video for yourself as a consumer. You’re making it for ordinary people all over the world.

I released “Imaginary Boys” this August and it’s passed 100,000 views in three weeks, which is a personal best for such a short period of time. The production flow of this video was the most solid since “Yuri The Only One”. I’ve grown a lot as a producer since then, and even have a team of animation industry advisers to help me make tough decisions.

My experience continues to show that if you want to push your song to a bigger audience with the intention of mass market success, making a music video is the way to do it!